What’s in a (restaurant) name?

Esquina, one of Jason Atherton’s restaurants in Singapore

When an email called Sexy Fish dropped into Chopstix’s mail box we must admit to reaching for the delete button. Then we noticed that it was a new eatery from Caprice Holdings, those masters of the restaurant scene in London. The moniker is being scoffed at but let’s not be too harsh, choosing a name may be the most difficult task a restaurant owner faces. The eponymous name above the door aside, names are a minefield. An unpronounceable appellation can be the kiss of death since no one wants to embarrass themselves by getting it wrong and so never discusses it let alone books it.

Jason Atherton said ahead of his first Hong Kong opening, he couldn’t call the place Esquina as he had called his Singapore tapas bar since the word is Spanish means corner” (where it happens to be in Singapore). Instead he just went for the straight forward address approach. Some names are serendipitous – Atherton’s Pollen in Singapore is aptly named since it’s housed in a domed flower garden but also lucky since his London establishment was already called the Pollen Street Social (based as it is on Pollen Street). 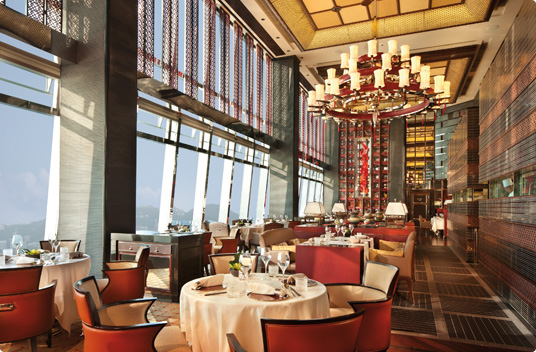 Other names appear to challenge the competition. When the Ritz Carlton Hong Kong opened, it chose the name Tin Lung Heen for its 102nd floor Cantonese restaurant. The translation is Dragon in the Sky which some saw as a provocation to the Four Seasons’ Lung King Heen (View of the Dragon) across the harbour.

Then there are the curiously and sometimes downright unappealing names. But some of these are surprisingly good. Here are the best of the bizarrely named that actually have culinary cred.

Brussels Sprouts, Singapore
Emmanuel Stroobant is one of Singapore’s most popular chefs having set up the renowned French fine dining restaurant Saint Pierre. His more casually eatery goes by a more unusual choice of name: Brussels Sprouts. Although named after arguably the world’s most derided foods (which may or may not have originated in the Belgian capital), the menu is deliciously Belgian: moules frites (the mussels come with a variety of sauces and the fries are replenished for free) with frites and a choice of nearly 200 beers. Desserts include Belgian chocolate cake, waffles with and crepes.
http://www.brusselssprouts.com.sg

La Marmite, Hong Kong
Every British person who sees the word “marmite” instantly thinks “marmight” the dark food paste with a powerful taste, similar to Australia’s vegemite, sold in a jar and usually added to sandwiches or toast. You either love it or hate this tastebud polarising spread (owners Unilever even based a recent ad campaign on the fact) so it would seem an odd choice for a restaurant name. However, the French will know it as marmit-ah which means “the pot”. Owners, the Aqua group, were inspired by the cast iron cooking pot traditionally used in France as they thought it evoked images of families and friends merrily eating good food together. Sadly the restaurant has since closed.

Cabbages and Condoms, Bangkok
Cabbage is on many people’s list of least favourite foods and thoughts of it served on a bed a condoms are even more unappealing. But hang on a minute, there is method behind this name madness: the concept was set up by activist Mechai Viravaidya to encourage family planning and the prevention of Aids in Thailand. Viravaidya has received the Bill and Melinda Gates Foundation Award in recognition of his work. But why the brassica in the title? The idea is that “birth control should be as accessible and as easy to buy as vegetables in the market.” As well as the original Bangkok branch there are five branches outlets throughout Thailand, including Chiang Rai, serving traditional Thai cuisine winners.
http://www.pda.or.th/restaurant/

A Salt & Battery, New York
The notion of the misdemeanour Assault and Battery may not immediately spring to mind when opening a restaurant. Unless you’re Sean Kavanagh-Dowsett and Nicky Perry the team behind the much cosier sounding Tea & Sympathy, an English chai and cake emporium in New York. “People were often asking us why we didn’t open a proper, British fish and chip shop and my wife said to me one day, ‘what would be call it if we did?’” explains Kavanagh-Dowsett. “I thought for a moment and the name just popped into my mind. “A Salt & Battery” I said, and we knew we had to do it.” Luckily they turned out to be rather good at it. This British chippy in Greenwich village prides itself on using the freshest of fish, fried in good quality vegetable oil. Accoutrements and side dishes familiar to Brits but perhaps confusing to everyone else include curry sauce, mushy peas and deep fried Mars Bars. New Yorkers love it and patrons flock from all over the US.
http://www.asaltandbattery.com

A private room at The Bleeding Heart, London

This atmospheric restaurant and bistro is tucked away (“Bleeding hard to find,” as the New Yorker quipped) in a courtyard down a side street near Hatton Garden. The cobbled Bleeding Heart Yard is said to be named after the murdered Lady Elizabeth Hatton who was found in the courtyard in the 17th century “torn limb from limb” but with her heart still beating. Still hungry? It would be a shame to lose your appetite in the face of food that’s so fabulously traditional French: steak tartare, foie gras, lobster and fantastic steaks and winelist.
http://www.bleedingheart.co.uk

[UPDATE: Jason Atherton has now parted ways with Esquina and Pollen in Singapore.]