Posts from the ‘Bridal’ Category

On the Duke and Duchess of Cambridge’s tenth wedding anniversary on April 29th we look back at why the British royals wear Welsh gold wedding bands.

While celebrities tend to choose wedding bands adorned with diamonds to match the bling of their engagement rings, British royalty including the Duchess of Cambridge and the Duchess of Sussex opt for something more understated. For nearly 100 years Britain’s senior royals have worn plain yellow gold wedding rings and this regal metal has derived from Wales – the rarest, most expensive in the world with Welsh gold bullion worth up to five times the spot price.

The custom started with the Queen Mother in 1923 when a nugget of pure gold from the Clogau St David’s mine in North Wales was gifted to the royal family, a piece of which was used to make the then Lady Elizabeth Bowes-Lyon’s wedding ring for her marriage to the future King George V1. That same nugget was used to craft wedding bands for Queen Elizabeth, Princess Margaret, Princess Anne and Princess Diana.

Handily in the 1980s the Queen was gifted more gold from Wales. 36kg was presented by the Royal British Legion part of which was used to make Sarah, Duchess of York and, it’s thought, Sophie, Countess of Wessex’s wedding rings. And 1kg was gifted from Gwynfynydd mine in celebration of the Queen’s 60thbirthday. This is likely the source of Catherine and Meghan’s wedding rings.

Ahead of the Duke and Duchess of Cambridge’s nuptials St James’s Palace made the statement; “The wedding ring that Catherine Middleton will wear will be made of Welsh gold. The gold was given to Prince William by The Queen shortly after the couple were engaged. It has been in the family’s possession for some years and has been in the care of the Royal Jewellers. There are no further details on which mine the gold was mined from.”

Sitting half hidden by her huge sapphire engagement ring, Catherine’s slim yellow gold wedding band was made by royal warrant holders Wartski. Fittingly the jeweller was founded in North Wales and has a store in St James’s, just around the corner from Prince William’s London home at the time.

Similarly at the time of the Duke and Duchess of Cambridge’s marriage Kensington Palace made the statement; “Ms Markle’s ring has been fashioned from a piece of Welsh gold, gifted by Her Majesty The Queen.” The band was made by Cleave and Company which also holds royal warrants and is the jeweller Prince Harry chose to create his now wife’s engagement ring. A spokesperson for Cleave says they were asked to produce “a classic 18 ct gold wedding band” for the Duchess. The ring appears to be daintily slim, in keeping with Meghan’s apparent fondness for delicate jewellery.

Gold hasn’t been extracted in Wales since 1998 however Alba Mineral Resources who took over Clogau in 2018 plans to reopen the mine and has also submitted an application for exploratory digs on nearby land in Snowdonia. So there could be a new Welsh Gold Rush on the way which would ensure the royals’ wedding ring tradition continuing for some years yet.

Set between a white sandy beach and soaring limestone cliffs synonymous with the Malaysia archipelago, the Fours Seasons Langkawi has the luxury of never feeling crowded. Within 48 acres of luscious, landscaped grounds there are just 91 rooms.

With so much space to play with starchitect Bill Bensley has had a blast. Starting with a stunning Moorish-style series of reception spaces complete with torches and reflecting pools when you arrive. The attention to detail is impressive: everywhere you look, there’s something to swoon over.

After a refreshingly short transfer from the airport where we spot families of monkeys on the roadside, we are shown (via golf buggy) to an Upper Pavilion, one of four units in a Malaysian style wooden house. Our pavilion has a breezy wraparound terrace and a glimpse of the sea but the wow factor is the bathroom – including a huge terrazzo tub set in an alcove beneath a high domed ceiling.

For a Crazy Rich Asian experience (hopefully without the toxic friends) book a Beach Villa (pics below) or the Royal Villa in a secluded spot right on the sand – where Araminta Lee’s (played by Sonoya Mizuno) hen weekend was filmed.

The resorts’ three restaurants cover Malaysian, Italian and Western cuisine between them. All three overlook the sea but the prettiest is Ikan Ikan, housed in a traditional Malaysian wooden villa. While all the restaurants serve dinner, only Serai is open for breakfast and the Kelapa Grill open for lunch. Many guests opt for in room dining, especially if they’ve booked a beach villa.

Cleverly, families are booked into one side of the resort (close to the children’s swimming pool and kid’s club) and couples into the other – near the adult’s only pool and a delightful bar where the best spot is a swing seat overlooking the beach.

Most of our stay is spent at the adult swimming pool – a long (bigger than Olympic size) infinity pool punctuated by fountains. From our cabana we look out to the trademark verdant outcrops that jut out the Andaman sea and slink in for a dip in the pool via private steps.

A few forays are made to the superb Geo Spa which plays beautifully on Langkawi’s status as a UNESCO Geopark. From the spacious treatment pavilions, each set over water, we get a dramatic close up view of the limestone cliffs. As well as being stunningly designed, the spa offers more interesting and better executed treatments than most.

If you’re an active type, there are plenty of water and adventure sports on offer from paddle boarding to rock climbing. We’re tempted away from the resort just once, by a boat trip straight from the Four Season’s beach to the nearby mangroves. As well as the entertaining commentary of our guide, Aidi, (“Africa has the big five, we have the little five,”) our reward is the sight of kites, sea eagles and families of monkeys – the latter lining the banks of “monkey alley” and taking a cheeky look at us as we glide by.

The Allure of Chanel Couture 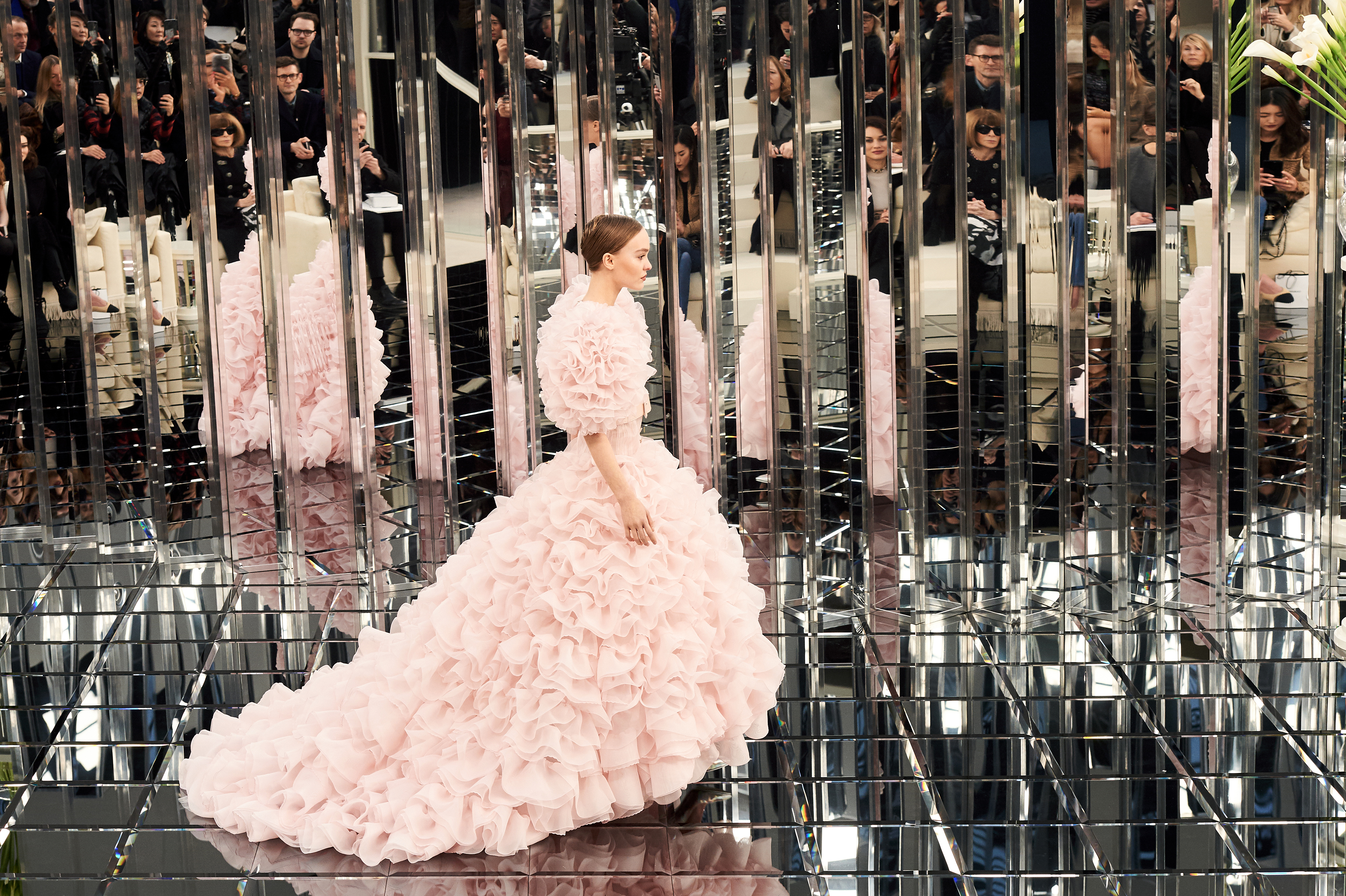 “A wedding is very special at Chanel,” says Madame Marie-Louise de Clermont-Tonnerre, the gloriously named and exquisitely dressed international spokeswoman who oversees the house’s couture division. The House of Chanel shares the same superstitions as other bridal establishments: garters are encouraged, the presence of anyone other than the bride’s mother and bridesmaids at the fittings is discouraged, and the groom is not allowed to see the dress beforehand to guard against bad luck – but there the similarities end.

END_OF_DOCUMENT_TOKEN_TO_BE_REPLACED

Will Pippa Middleton plump for Packham? 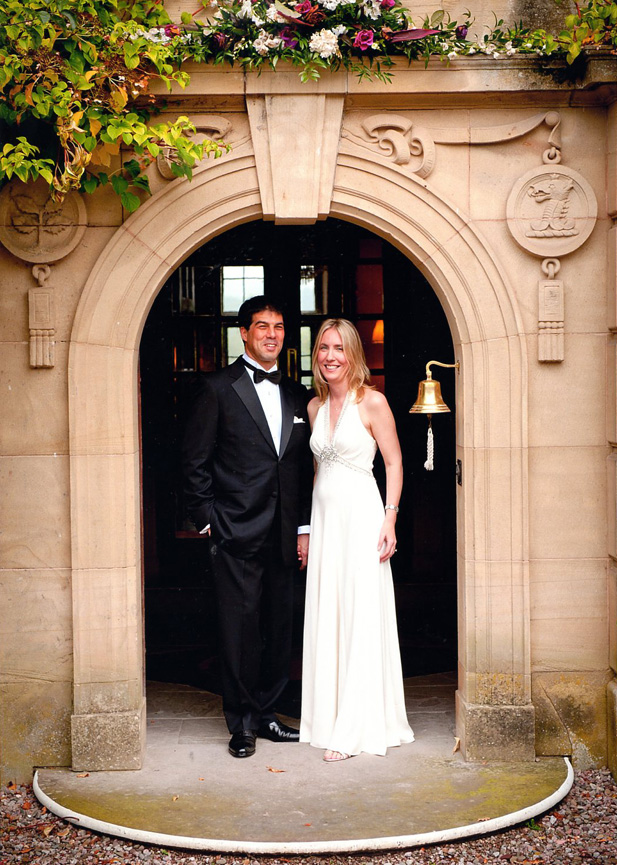