Posts from the ‘Cruise’ Category

[UPDATE: Thomas Keller oversees The Grill onboard the luxurious Seabourn cruises including the Seabourn Encore which departs from Singapore tomorrow for her inaugural voyage around Indonesia. The Grill by Thomas Keller, designed by Adam Tihany, is inspired by traditional American chophouses and features updated classics such as steaks with creamed spinach and Lobster Thermidor. Caesar Salads and ice cream sundaes will be prepared table side. http://www.seabourn.com]

END_OF_DOCUMENT_TOKEN_TO_BE_REPLACED

Magnificence on the Mekong

When we pull up alongside the river I don’t notice the Aqua Mekong at first. What I see is a sleek, luxurious condo all matt grey and dark slatted wood. Then the penny drops: this is the boat. Aqua Mekong is the new, boutique (just 20 cabins) river cruiser from the exclusive Aqua Expeditions owned by Francesco Galli Zugaro.
END_OF_DOCUMENT_TOKEN_TO_BE_REPLACED 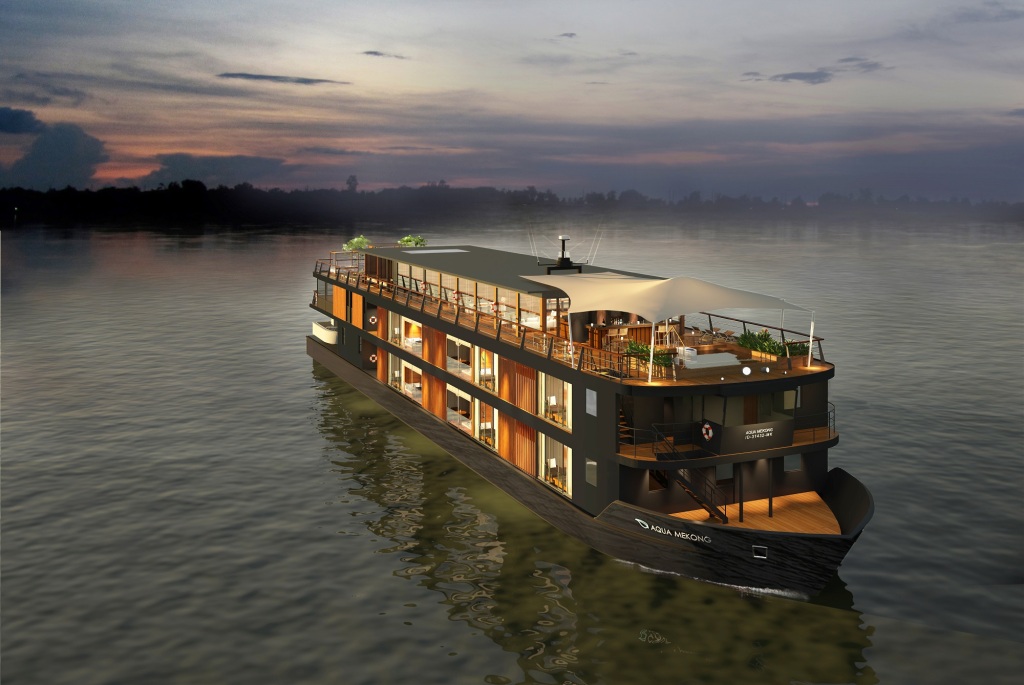 Aqua Mekong has a menu devised by David Thompson

[UPDATE: Thomas Keller oversees The Grill onboard the luxurious Seabourn cruises including the Seabourn Encore which departs from Singapore tomorrow for her inaugural voyage around Indonesia.]

Top chefs are taking to the high seas as they team up with cruise ship companies. Some of the most famous names in cooking have opened on board restaurants or are consulting on menus for cruises.

Chef involvement varies widely from one boat or even voyage (last year, Jason Atherton cooked on a Silverseas cruise from Hong Kong to Singapore) to running several on board restaurants or overseeing the food on the entire fleet.

Here are three of the best in Asia:

END_OF_DOCUMENT_TOKEN_TO_BE_REPLACED

As we enter The Governor’s Residence in Yangon we are heralded in by the “welcome gong”. Turns out that Yangon/Rangoon in Myanmar/Burma, is a very hospitable place; I spotted three welcome signs in the first five minutes of leaving the airport. And everyone we meet is friendly and curious about the tourists now visiting their country.