What is it about Les Amis? Now elevated to 3 stars in the Michelin Guide Singapore 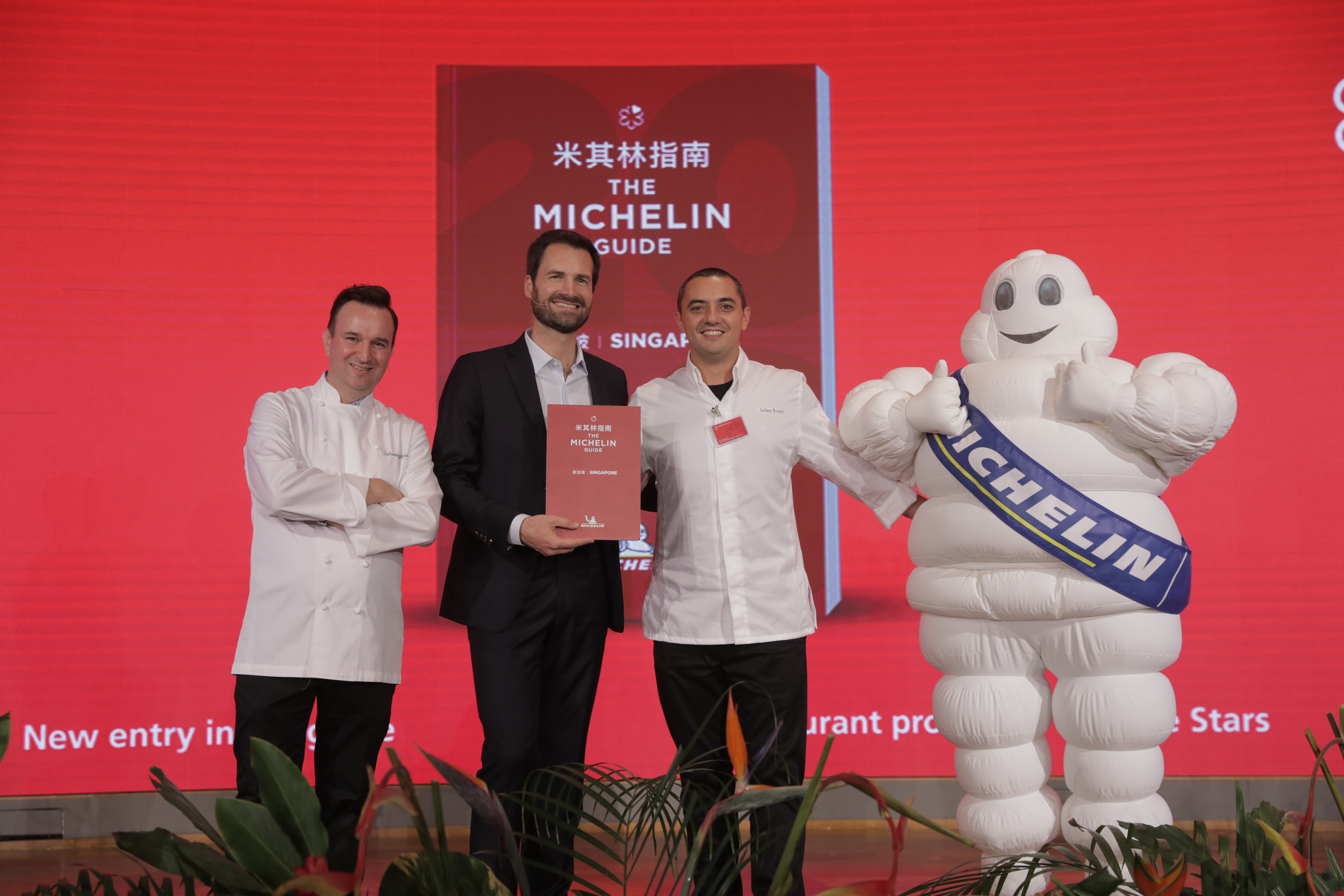 [UPDATE: Les Amis which was awarded two Michelin stars in the inaugural Singapore guide 2016 has tonight been elevated to three stars in the 2019 guide. For the first time Singapore has two three Michelin starred restaurants with Odette also being elevated. Here’s a look at the restaurant with a rich pedigree of talent.]

French born head chef Sebastien Lepinoy and award winning pastry chef Cheryl Koh joined Les Amis in Singapore after sister restaurant Cepage closed in Hong Kong in 2013.  Both restaurants share the same enticing formula of sophisticated food and slick service mixed with an unstuffy atmosphere; a recipe that has made Les Amis as popular with food writers in the region as it is with regular customers.

Lepinoy, who was head chef at L’Atelier de Joel Robuchon Hong Kong prior to Cepage, and Koh are the latest in a glittering alumni that includes Ignatius Chan owner of renowned restaurant Iggy’s. Les Amis was at the forefront of the French fine dining scene in Singapore when it opened in 1994.

Award winning sommelier Chan and chef Justin Quek, who’d worked his way around several classical French restaurants in France and the UK, were the brains behind the concept. With Chan’s experience, the restaurant became known for fine wines (it still has one of most extensive wine lists in Asia with some 2000 labels) as well as Quek’s cuisine.

Justin Quek at Sky on 57

“Ignatius and I drove the operation for 10 years,” says Quek who now runs his own restaurant Sky on 57 at Marina Bay Sands where he cleverly combines classic French cooking with a Chinese influence. “We were the first stand-alone fine dining, French restaurant with a great wine list in Singapore.”

Quek says what he gleaned most from his time at Les Amis was wine knowledge and how to pair wine with food. “I tasted a lot of great wines in those ten years,” he says. “I remember the first new year’s eve menu with truffles, caviar and lobster on the menu paired with Krug champagne, Chevalier Montachet by Domaine Leflaive, Chateau Latour, Chateau Yquem…”

Quek became friends with many of the guests who came to the restaurant, often bringing their own rarefied bottles with them, and still returns to dine there with them.

Both Chan and Quek left and sold their shares at the end of 2003. Chan set up the now famous Iggy’s while Quek opened a restaurant in Taipei. Following his departure, Gunther Hubrechsen took over as head chef and continued Les Amis’ reputation for exemplary fine French food. After over five years Hubrechsen too left to set up his own establishment, Gunther’s, in Singapore. Gunther’s is another fine dining experience, this time in a converted shophouse, and much loved by business people, tai tais and romantic couples alike.

Asia’s Best Pastry Chef 2013 & 2014, Janice Wong, worked a 6 month stage under Hubrechsen at Les Amis following her training at the Cordon Bleu in Paris. Wong, who now owns the acclaimed 2am Dessert Bar in Singapore, says: “Working with chef Gunther on the line was my most memorable experience of working at Les Amis. From him I learnt about the balance of flavors and right pairings of different ingredients in each dish.

“What I’ve taken with me to the 2am Dessert Bar is the importance of team spirit in the kitchen and that a choice of fresh produce and ingredients is key to a good dish.”

Sebastien Lepinoy’s appointment marks the end of an 18 month search since head chef of nearly four years, Armin Leitgeb, left in May 2012. Under Leitgeb (who has since moved back to Austria and is currently working on a new restaurant project), Les Amis joined the exclusive Le Grandes Table Du Monde. The honour is usually reserved for Michelin star winners but since Les Amis has none as the Michelin Guide does not operate in Singapore [it’s due to launch late 2016] the feat is even more impressive.

Pastry chef Daniel Texter, who previously worked at Noma, left a few months after Leitgeb (to helm Adrian Zumbo’s new bakery in Melbourne). So Leproy has brought over Cepage’s Cheryl Koh, a Singaporean who began her career at Raffles Hotel.

Since joining in September [2013] Lepinoy has put his own stamp on the menu introducing Japanese influences. “In Singapore, Japanese cuisine is well received,” he says. “So I decided to use familiar Japanese ingredients and a lot of my dishes are Japanese-inspired.” These include angel hair pasta with lobster, crispy Sakura ebi and a touch of parmesan; pan seared Hokkaido scallops with teriyaki sauce, pan seared foie gras and French River eel accompanied by citrus fruits and dashi broth; and Daikon veloute with black truffle.

The ethos of the restaurant will remain the same though: “Les Amis means “The Friends” so we exist to create a warm and welcoming environment without the pompous façade that the fine dining image commonly portrays,” say Lepinoy.

Raymond Lim, Les Amis’ spokesman puts the restaurant’s longevity and success down to consistency. “The core experience which we want to deliver is the same – food that is tasty and not cerebral with a pared down, friendly approach to service,” he says.

[A version of this article originally ran in November 2013]