Belgravia the new lavish costume drama by Downton Abbey creator Julian Fellowes based on his best selling novel of the same name is just the sort of television indulgence we need right now. The series showing on ITV and Epix features an ensemble cast of impressive British actors including Tamsin Greig, Philip Glenister, Alice Eve, Harriet Walker and Ella Purnell (“baby monster” in the Sweetbitter TV show). Fellowes’ story follows the upwardly mobile Trenchard family from the Duchess of Richmond’s legendary ball on the eve of the Battle of Waterloo in 1815 to London’s grandest new neighbourhood, Belgravia, in the 1840s.

The Trenchards’ beautiful young daughter Sophia falls for the dashing Lord Bellasis, who is several rungs above her on the social ladder, in the heady days before Waterloo in Belgium. A few decades later the families become entwined again as they move to the newly fashionable Belgravia where old and new money live side by side though not necessarily in harmony. Here’s five things to know: 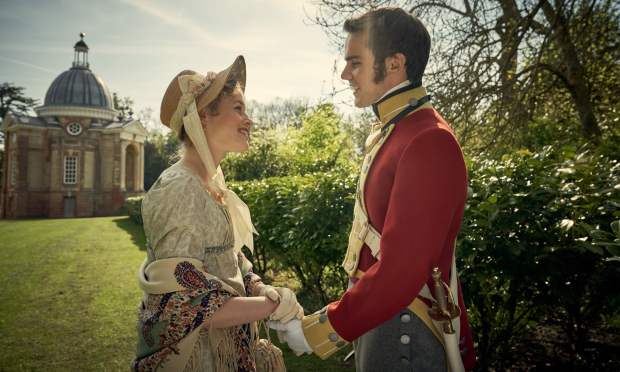 Fellowes details the lives of the fictitious (newly wealthy) Trenchards and the (aristocratic) Brockenhursts interspersed with real historical figures including the aforementioned Duchess of Richmond, pioneering builder Thomas Cubitt who created the Belgravia area of London and the Duchess of Bedford who invented the concept of afternoon tea.

This exclusive enclave was created from scratch on swampland

The “spangled city for the rich” as Lady Brockenhurst describes it in the television series was developed in the 1820s. Ship’s carpenter turned master builder Thomas Cubitt designed the wedding cake style white stuccoed and porticoed town houses on the smart streets, crescents and garden squares. Behind were cobbled Mews to house the staff. “It was a total concept,” Fellowes told The Telegraph. “It was an attempt to build a society that was going to work. You build places for horses, carriages, upper servants. The interesting thing about Belgravia is that it was made up from scratch. If you dig through Belgravia, you don’t get to Georgian London, there’s just swamp. There’s not much in London that is equivalent.” 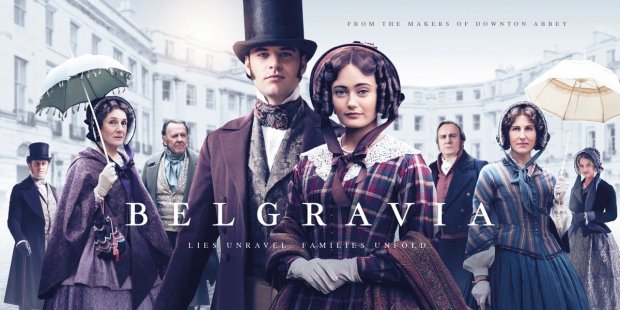 “It’s quite impossible to shoot in Belgravia,” the show’s producer Gareth Neame told History Extra website. “There’s no way you can shut down these parts of London and have horses and carriages going around for four days. So what we did was to go to the New Town of Edinburgh.”

Belgravia is owned by one family

Bordering Buckingham Palace, Knightsbridge and Hyde Park the land was, and still is, owned by the Grosvenors. The name Belgravia stems from the location of their country estate in Belgrave, north west England after which the centre piece square was called. Eaton Square is named the family’s seat, Eaton Hall. The current patriarch is 29 year old Hugh Grosvenor, 7th Duke of Westminster.

Belgravia has some of London’s chicest boutiques and cafes

While largely residential as well as being home to several embassies, shops and cafes have cropped up on picturesque Elizabeth Street. These include Beulah the sustainable designer label worn by the Duchess of Cambridge, Jo Loves by beauty guru Jo Malone and the much Instagramed Peggy Porschen bakery.