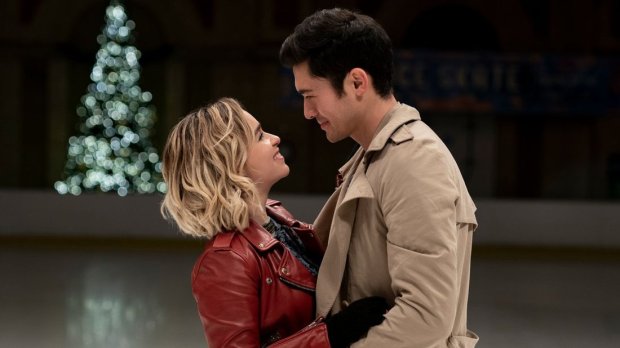 Critics may have been divided about Last Christmas the movie (for the record, Chopstix loved it) but one thing they agreed on about Henry Golding’s new film co starring Emilia Clarke and Michelle Yeoh is that it makes London look wonderful. Director Paul Feig is a huge fan of the British capital and says the film is a love letter to London. The movie was actually filmed last Christmas when all the city’s festive decorations were in place. A lot of scenes took place in the middle of the night for maximum light sparkling and minimum crowds. Here’s where you can find the most scenic locations. 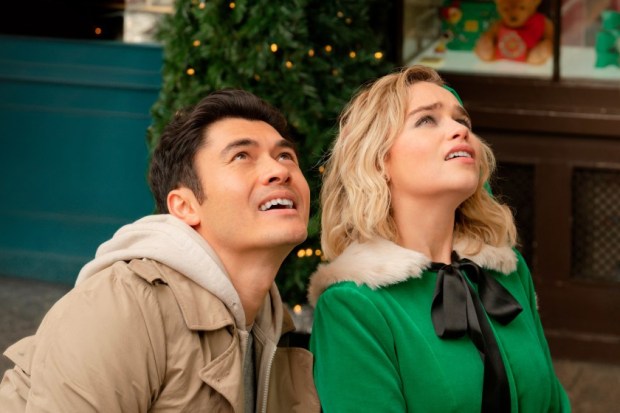 Flakey Kate (Emilia Clarke) first spots suave Tom (Henry Golding) through the window of Yuletide Wonderful Christmas shop where she works in Covent Garden Piazza, owned by Michelle Yeoh’s character “Santa”. Alas the shop doesn’t actually exist. IRL the site is a covered walkway cutting through the neo classical buildings of the former fruit and vegetable market. On the plus side it’s flanked rather deliciously by Ladurée tea room and Godiva chocolatier. And you can visit the spot where the two meet outside Yuletide – underneath the blue metal arches in Apple Market where a certain incident involving “looking up” seemingly brings them together. 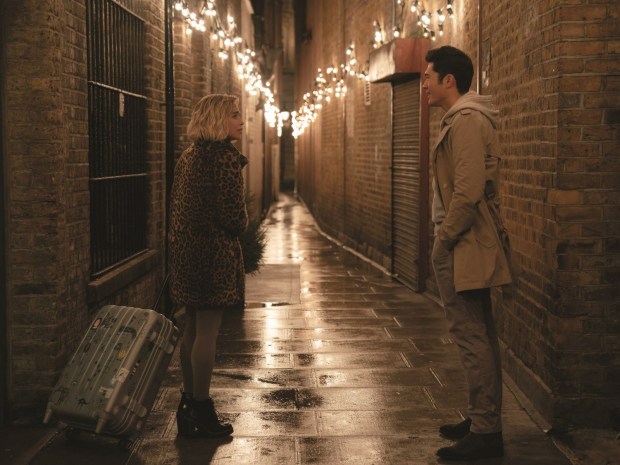 When Kate and Tom run into each other again it’s also in the Covent Garden area. Though it looks like a film set, this quaint lane is real life Cecil Court. Linking Charing Cross Road with St Martin’s Lane, the pedestrianised street is lined with independent stores selling books and artworks. “London’s narrowest alley” where Tom takes Kate as part of his magical mystery tour of London is real too. Keep a close eye out for Brydges Place next to the Coliseum theatre on St Martin’s Lane – the alley measures only 15 inches across. As for Tom’s “secret garden”, it’s The Phoenix Garden an urban retreat hidden away between Soho and Covent Garden (the entrance is on St Giles Passage).

Emilia Clarke and Henry Golding in The Phoenix Garden

The two part company at a bus stop on Regent Street which has just turned 200 years old – well worth a visit to see the wonderful illuminated Angels flying above the length of the thoroughfare at this time of year. Tip: the scene was not actually filmed at real bus stop as it’s opposite Hamley’s toy emporium and outside Hackett where no stop exists.

The gorgeous honey stoned building depicting the exterior of St Benedict’s homeless shelter in Last Christmas can be found in Marylebone, north of Oxford Street. While the photogenic Georgian columns, festooned with twinkling lights, provide a backdrop for several scenes featuring Tom and Kate, the ornate interior is the setting for the Christmas concert. 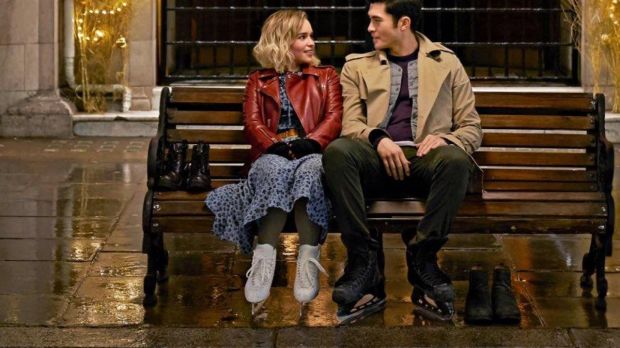 Emilia Clarke and Henry Golding outside Simpson’s in the Strand Credit: UPI

Kate’s calamitous audition takes place inside the Savoy Theatre, an Art Deco jewel tucked away next to The Savoy hotel’s main entrance on the Strand. It’s worth buying tickets to anything showing here just to see the interiors. Nearby is the spot on the river Thames where Tom gives Kate another pep talk, opposite The Savoy’s riverside entrance on the Embankment. The pair sit on the steps next to Cleopatra’s Needle, where the Thames bends at just the right angle to have the London Eye over on the South Bank appealingly illuminated in the background. Simpson’s, a restaurant owned by The Savoy, outside of which Kate and Tom sit with their skates on (see below) is back up on the Strand. There’s no bench outside Simpson’s but there is a bus stop should you wish to catch a double-decker like Kate.

While the ice rink where the couple have an illicit late night skate appears in the movie to be a short skip from the Embankment, you’ll need to visit far flung north London. Alexandra Palace is a vast Victorian era building known to locals as “Ally Pally” which houses a huge indoor ice rink among other venues. The rink is in a stunning high ceilinged space lined with French windows and it’s open all year round not just for Christmas.

Tom’s tiny, ultra neat flat is located on the corner of Brick Lane and Cheshire Street in East London. Brick Lane has long been famous for its curry houses and more recently for cafes, shops and street art. By coincidence Henry Golding actually used to live in a flat here, just around the corner from his character’s fictitious one. How’s that for a twist of fate.