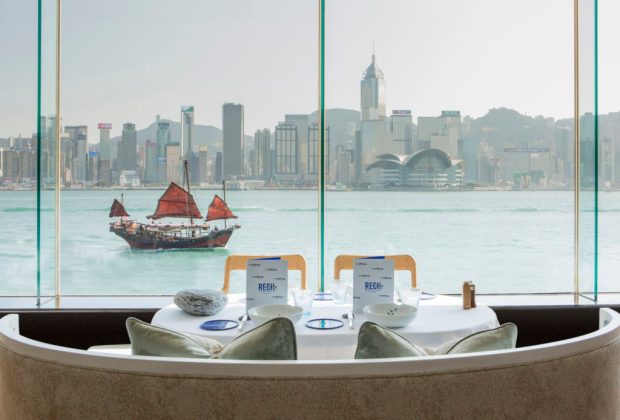 Legendary chef Alain Ducasse’s first foray into food was not a runaway success. As a child growing up in France he would watch his grandmother cooking and aged about 11 he decided to make a chocolate roulade himself. “My grandmother let me attempt this, although I was not up to the task,” Ducasse recalls. “Chocolate ended up everywhere and in the end the cake did not resemble a roulade at all!”

Luckily for the culinary world Ducasse was not put off by his early endeavour. Last month saw the opening of his 25th restaurant worldwide. He has chosen Asia for the first international outpost of Rech Alain Ducasse, a French seafood restaurant replacing his Spoon concept at the Intercontinental hotel in Hong Kong. 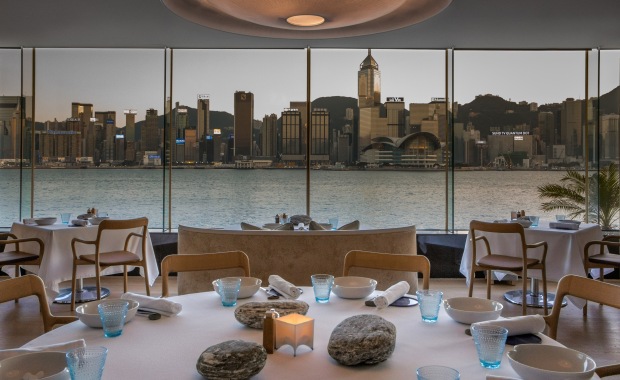 “I have a long relationship with Intercontinental Hong Kong so together we looked at the Hong Kong dining scene, local tastes and global travelers’ expectations and we agreed that the new restaurant should keep its French inspiration,” he says. “We decided that a fish restaurant with a Parisian history would be a great addition to the market.” (The storied Rech was created in Paris in 1925 by Adrien Rech and brought into the Ducasse fold ten years ago.) “And the location offers the best views of the harbour,” Ducasse adds with a nod to the seafood menu.

Alain Ducasse was one of the first world famous chefs to open a restaurant in Asia with the launch of Spoon at the Intercontinental Hong Kong in 2003. “The opening started a trend in Hong Kong with other internationally acclaimed chefs openings outposts there,” he says. “Over the past decade the city has seen a culinary boom with many interesting restaurants showcasing every type of cuisine imaginable.” 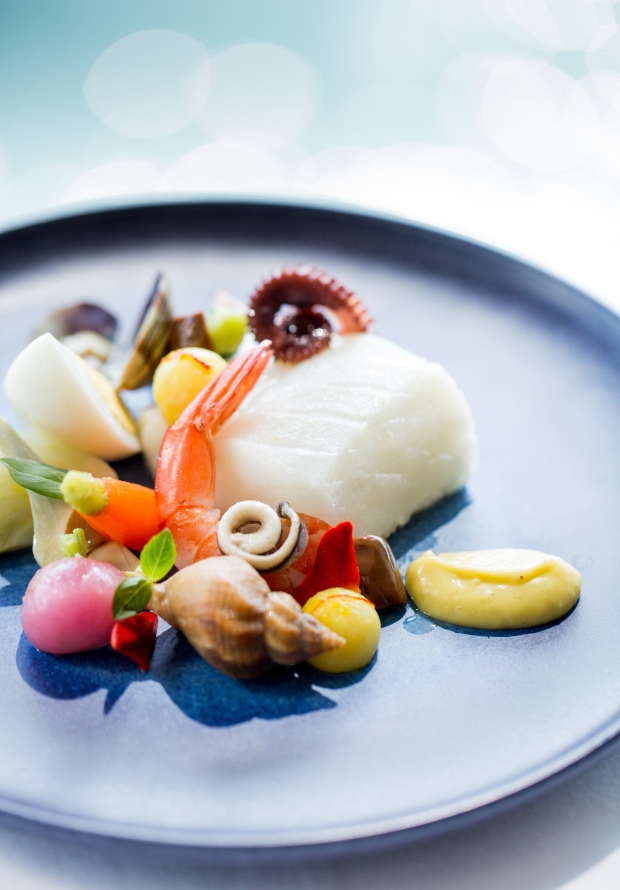 Now head of a hospitality empire that spans restaurants, inns and colleges, Ducasse began training as a chef in France at 16. At the age of only 33, the 33 month old restaurant Le Louis XV which he helmed at the Hotel de Paris in Monaco became the first hotel restaurant to be awarded three Michelin Stars. Then in 1998 Ducasse became the first “six star chef” with three Michelin stars for Le Louis XV and three stars for Alain Ducasse in Paris. The latter has this year regained a position on the World’s 50 Best Restaurants list. In Hong Kong though, Spoon dropped a Michelin star in 2016 and lost it’s remaining star in the 2017 Guide – surely one of the driving forces behind the new Rech restaurant.

More Alain Ducasse restaurants are planned for Asia in the near future including Japan, adding to Beige and Benoit both in Tokyo, and an eatery in Macau is slated to open within the next two years. Ducasse Education, the educational arm of the Alain Ducasse empire, is also expanding including in Asia. 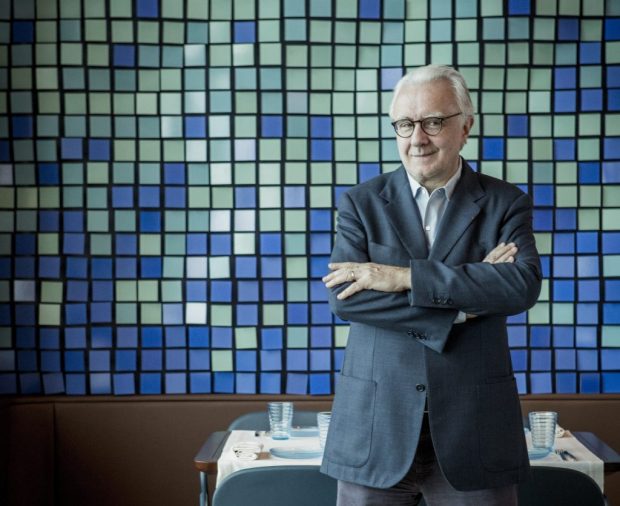 The first franchise college opened in Manila, the Philippines in 2009 and at least two Ducasse Education Institutes will open in Shanghai and Hong Kong by 2019. In fact the chef and restaurateur cites his work in culinary education as his proudest achievement: “What is really important to me is to pass on what I have learned and am still learning, and to motivate the younger generation so they embrace this profession.”

Ducasse credits the great French chefs and pioneers of nouvelle cuisine Michel Guerard, Roger Verge and Alain Chapel along with celebrated pastry chef Gaston Lenotre as his biggest influences. It was through Roger Verge who a young Ducasse worked for at the renowned Moulin de Mougins that he encountered the flavours of Provencal cuisine which were to become an integral part of his own cooking. 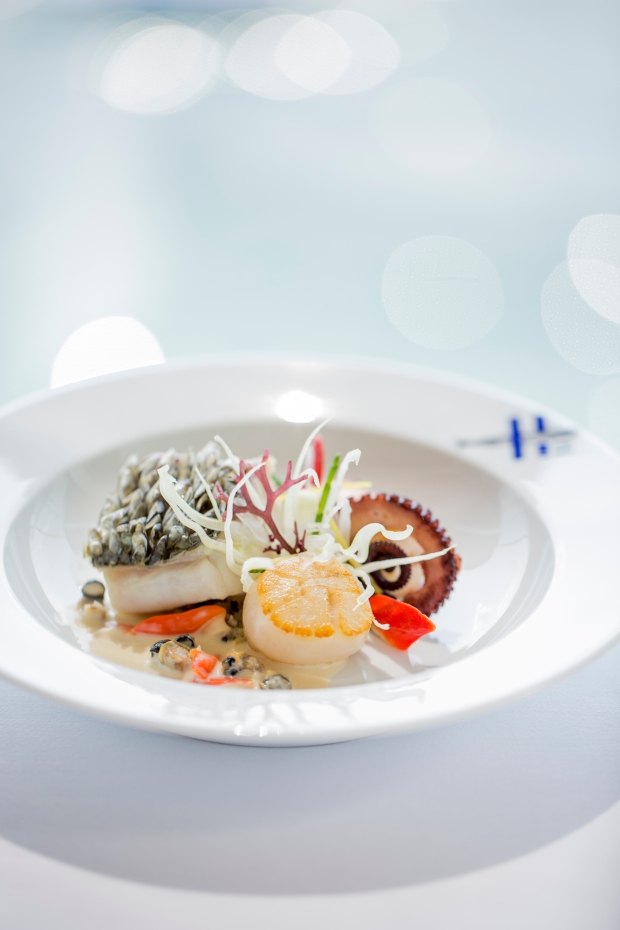 While he is no longer in the kitchen, Ducasse still creates the recipes for his restaurants with inspiration coming from mother nature. “I was born and raised on a farm and when I was growing up my grandmother cooked for the entire family using vegetables from the garden and poultry and eggs from the farm,” he says. “For me, nature comes before cooking. I get my inspiration from sourcing the very best ingredients and produce. I am very demanding with the quality and seasonality.”

This is much in evidence on the menu at Rech in Hong Kong. “Most of the fish is sourced in France from small, independent fisherman who are strongly involved in the protection of natural resources,” he says. “We will source some ingredients locally such as lobster and some of the vegetables.” 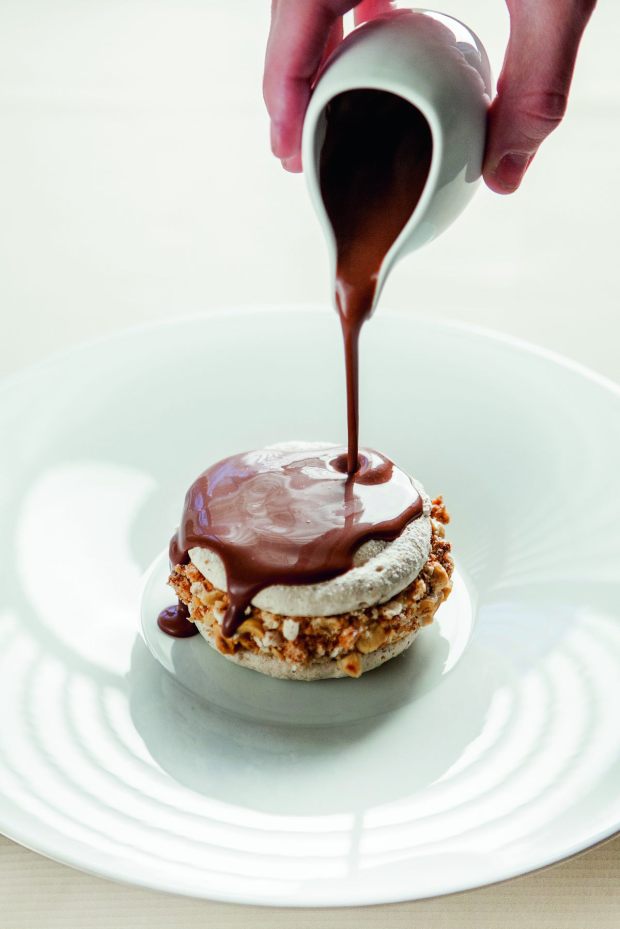 Specialities include four types of French oyster and pan seared sole from Brittany in France filleted table side. Camembert from the French region of Normandy and matured for 30 days is the only cheese served while desserts include Mr Rech, comprising hazelnut meringue, hazelnut ice cream and warm chocolate sauce made with Alain Ducasse’s own chocolate. Extra large eclairs designed for sharing are also on the menu – probably a far cry from the chef’s first chocolate creation back in his family’s farmhouse.