Is a Woman’s Place in the Professional Kitchen?

[UPDATE: Hong Kong has clocked up a second Asia’s Best Female Chef award with May Chow (pictured above), chef and owner of Little Bao in Hong Kong and Bangkok (home to the award’s inaugural winner, ‘Bo’ Songvisava of Bo.lan), being named Asia’s Best Female Chef 2017. Chow, who opened Little Bao as a pop up in Hong Kong in 2013 and has staged at Bo.lan says: “I hope I can serve as a role model for other Asian female chefs, providing hope and opportunities for those who want to pursue their passions.”]

Szechuan Fried Chicken by May Chow at Little Bao

Asia’s Best Female Chef 2015 is Vicky Lau of Tate Dining Room, Hong Kong. Lau becomes the third winner of the award and will be officially presented with it at the Asia’s 50 Best Restaurants ceremony at the Capella Hotel in Singapore on March 9th.

“The aim is to promote and celebrate female talent in an industry that remains very male dominated,” says William Drew, spokesman for the award, sponsored by Veuve Clicquot – a drinks brand associated with a strong, woman boss. “We would love to reach a position where this award becomes unnecessary but I think we are some way off that situation yet, unfortunately.”

“I do think it’s necessary to recognize female talents in the culinary industry which has traditionally been dominated by males,” Lau agrees. “There are only a few female chefs behind Hong Kong kitchens. This could be due to the fact that chefs aren’t valued for their craft or it could be because women are discouraged to pursue this career because of the physical conditions of working in a professional kitchen.”

The under representation of female chefs can be seen worldwide. Ten years ago when I joined the launch team of a food magazine in the UK, I was approached by a bright young woman who had trained with Jamie Oliver for the original brigade of his Fifteen restaurant in London. She wanted to write a feature on why there were so few female chefs.

My editor, female and a veteran of the food industry, told me the reason was that the hours were not conducive to having a family. There were also a few others: the young chef wrote of not just the anti social hours but the macho culture, lewd conversation, unflattering clothing and physical hard work resulting in varicose veins and scars.

This experience is echoed today by Peggy Chan, chef owner of Grassroots Pantry in Hong Kong. “Unfortunately, there’s only a very rare breed of women who are capable of making it through the hours, the screams, the heat and physical pain, the sexist comments, foul language and very often feeling belittled,” says Chan. “Not to mention the sacrifices involved especially when it comes to personal time for relationships: Friday night outings with girlfriends, starting a family etc.”

It seems that in Asia, there are specific problems. “It’s tough enough in French kitchens, let alone working a wok over massive open flames in Asian kitchens,” says Chan. “Physically, it is much more demanding for an Asian woman much smaller in size to man and manage a male dominated brigade. And there are existing archetypes present in the psyches of Asian cultures (men as the head of the household).”

Vicky Lau also believes that traditional cooking techniques may play a part. “In Asia, perhaps more women choose to be in patisserie rather than cuisine due to the nature of the cuisine itself. For example, in a traditional Chinese kitchen the equipment can be quite weighty,” she says.

“There is no place for women in the professional Chinese Kitchen,” says Margaret Xu the owner of Yin Yang and one of the first female chefs in Hong Kong. “It’s a male dominated, chauvinistic crowd and there’s a lot of heavy duty labour – handling big woks and whole pigs. Some male kitchen kitchen staff tend to think physical strength means competence as a chef.” 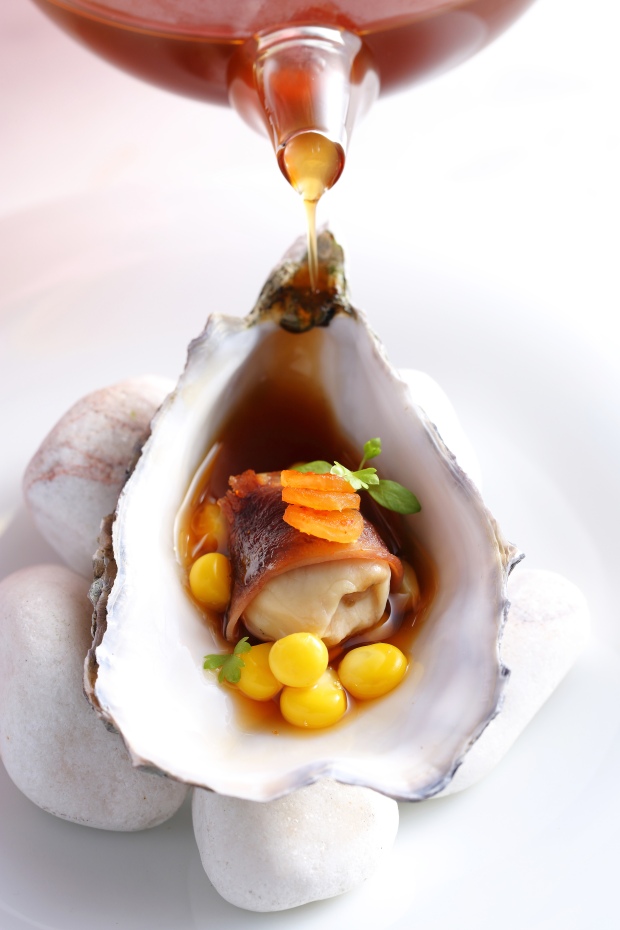 In the West names like Alice Waters, Angela Hartnett, Elena Arzak and April Bloomfield may be well known But can you name an equally prominent Asian female chef? Perhaps Duongporn ‘Bo’ Songvisava of Bo.lan in Bangkok who was the inaugural Asia’s Best Female Chef winner or Lanshu Chen of Le Mout in Taiwan who won last year.

Ping Coombes, the Malaysian born winner of MasterChef UK 2014 says: “There weren’t really any well known female chefs when I was growing up as it really still is a very male dominated industry. In Asia, I feel women are still being viewed as the home cook. I always looked up to my mother when it came to cooking.” Similarly Chan says: “I grew up with a culinary certified mother who cooked massive feasts at home and always thought women were meant to cook at home, not in professional kitchens. The ratio of male to female at my culinary school was about 80:20.”

Both Vicky Lau and Lanshu Chen cite male mentors (Sebastien Lepinoy of Cepage in Hong Kong and Jean-Francois Piege at Hotel de Crillon in Paris respectively). Songvisava was a protégé of David Thompson at Nahm. Janice Wong, the two times Asia’s Best Pastry Chef, of 2am Dessert Bar in Singapore names Gunther Hubrechsen at Les Amis in Singapore who now has his own restaurant there, Gunther’s.

And Lau and Chen cite European and US fellow female chefs they admire –  Dominique Crenn at Atelier Crenn, San Francisco and Anne-Sophie Pic from Maison Pic, France – rather than Asian ones. (Although Lau also mentions her successor Chen).

Female chefs are all too often found in the “ghetto” of the pastry section. Peggy Chan says numerous instructors at catering college tried to convince her to take this route: “rather than tough it out in the male dominated hot kitchens. There was always a clear distinction, almost as though it’s an expectation for girls my size to take the more feminine, meticulous and less ‘intense’ path in order to be considered ‘a chef’. Former Asia’s Best Female Chef Lanshu Chen made a conscientious decision to move out of patisserie. Angela Hartnett’s advice to young female chefs?: “Don’t take the option of the pastry section.” 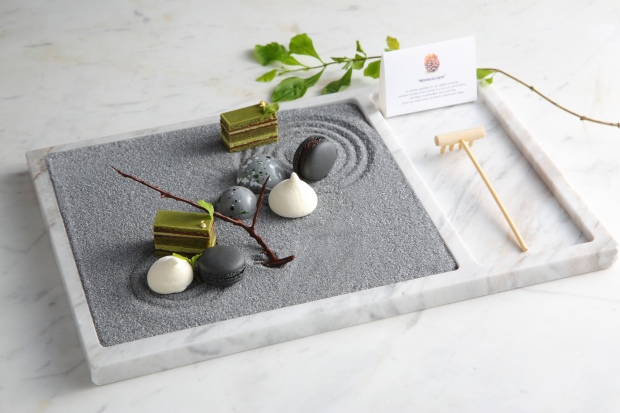 And if women aren’t making it to head chef, they aren’t getting the media coverage either. Jason Black, chef and media consultant says: “We sadly live in a world where we only champion the people at the top (be they male or female). If I had to ask you the name of the sous chefs at 99% of the restaurants in HK, you wouldn’t be able to answer.”

Black’s cookbook calendar sold for charity and featuring notable Asia based chefs sparked a controversy earlier this month, one of the reasons being the lack of female chefs featured. But he says the reason is pragmatic. “This project was done at my own cost and I was very lucky to secure Ermenegildo Zegna as a fashion partner this year. They only make a men’s range. Given that it is not a “best of” [chefs] publication, having an all male line-up publication worked.”

That said, Black says about the female chef imbalance: “I really believe classifying by gender is wrong. Everyone should be given equal opportunity to succeed. I think Grassroots Pantry is one of the best restaurants around and Ta Pantry is one of the best Private kitchens too. They are such because of the skills of the chefs behind them. That they are run by female chefs for me is a complete non-issue.”

Margaret Xu agrees: “I think a best female chef award is condescending by nature. The best chef is the best chef full stop.” But Black adds: “If championing our chefs based on their gender or ethnicity is a way of encouraging people to get into the industry then I guess it is ok.”

When I asked David Thompson if he thought there were any female Thai chefs to watch out for he said: “There are many young, up-and-coming Thai cooks [male and female] which is just fantastic. But I have my eye on Chef Nan Bunyasaranand who runs Little Beast in Bangkok.”

And both Margaret Xu and Vicky Lau think the situation is changing. “I have been noticing some changes over the years with more female chefs making an impact in Hong Kong and the world’s best kitchens, especially in traditional Chinese kitchens with advances in technology and materials,” says Lau. “At my own kitchen at Tate, the kitchen staff has a female to male ratio of 3:1 – a happy coincidence but also perhaps a sign of the times.”

This article was originally published in 2015