Food and models are not an obvious pairing. Rather than going together like crispy duck and plum sauce, the modelling industry is more likely to make you think of faddy diets or eating disorders. Yet these rarefied sylphs are moving from the catwalk to the kitchen.

British supermodel Jourdan Dunn regularly tweets pictures of dishes she’s cooked. Proving she has good (food) taste, Dunn also recently posted a picture of fried chicken she was about to tuck into at YardBird in Hong Kong. And the model has her own food show, Well Dunn, on You Tube where she cooks gutsy recipes like Jerk Chicken with Rice and Peas.

Karlie Kloss, the US supermodel, is a cookie baking fanatic who learnt to read by following baking recipes with her grandmother and bought a Kitchenaid with her first modelling pay cheque. She sells Karlie’s Kookies – in partnership with Momofuku Milk Bar chef Christina Tosi – for charity.

The World’s Best Female Chef 2014, Helena Rizzo, started out in modelling. Rizzo of Mani restaurant in Sao Paolo became a model on leaving school. Though in an interview last year Rizzo said, “I wasn’t a supermodel, I was a mediocre model. Soon after I decided to go to Europe to learn more about cookery.”

Modelling has led to a natural career progression for half British, half Filipino, Jasmine Hemsley. As one of the Hemsley & Hemsley duo, with her sister Melissa, she has produced the hugely popular Art of Eating Well cookbook as well as the Spiralizer (a utensil which turns vegetables into noodle or pasta like ribbons) and the trend for bone broth.

“You definitely have to look after yourself when working as a model – it’s all part of the job,” says Hemsley. “Photoshop and good lighting can’t always hide a night of no sleep or a bad diet.” Helmsley was fascinated by food and health and helped a few colleagues with their eating habits.

“My model colleagues couldn’t understand why I was eating ‘fattening’ butter or a fatty steak so became intrigued. The modelling work was going really well but my hobby on the side turned full time pretty quickly and since I was so passionate about it, it was an easy transition to make.”

The Hemsleys are adamant that healthy food should be delicious too. “We do not advocate calorie counting or cutting out entire food groups. There is a myth that fat is bad. Fat is an excellent source of energy that makes your meals satisfying and tasty.” 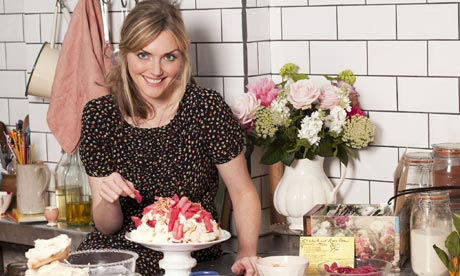 Sophie Dahl on set of The Delicious Miss Dahl

Sophie Dahl was an early proponent of the model turned cook phenomenon although she dislikes the moniker. “It wasn’t like a toppled from a catwalk into a kitchen in a freak accident, presented with an oven for the first time,” she has said.

Indian born Padma Lakshmi is a former model turned TV food star in the US. Like Dahl she admits to having no formal training but being a passionate home cook. The Top Chef judge kick started her food career by penning Easy Exotic: A Model’s Low Fat Recipes from around the World, “because everyone wants to know what a model eats.”

In Hong Kong, Amanda Strang has made the more unlikely transition from model to patisserie chef. “Modelling was my career and cooking and making pastries was my hobby. Models do eat!” she says.

Strang’s intriguing interest in cake making began as a child. “I began making pastries at the age of eight,” she says. “My mother doesn’t know how to bake but my father loves desserts and chocolates so it was mainly because of my father that I started making pastries.”

The half French model enrolled at Le Cordon Bleu in Paris and then went on to apprentice at Laduree in France and Caprice at Hong Kong’s Four Seasons. “I thought of having my own cake shop after I co hosted a food show with [food critic] Chua Lam,” she says. “He is like a mentor to me.”

Strang admits there were a few eyebrows raised when she opened Petite Amanda the patisserie at the IFC. “When I first opened, people came to the shop to see for their own eyes,” she says.

While many who queued were as likely to have been there for a glimpse of Amanda S as much as for the cake she says: “I think the Hong Kong public has been very impressed. It’s never been done before. Models and celebrities put their name to F&B outlets but I went to culinary school and in run the business myself.” 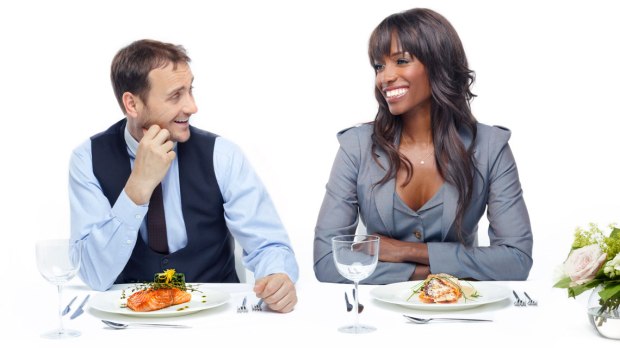 Former model Lorraine Pascale has also forged a successful career in cake making along with cookbooks and TV shows. Most recently she teamed up with Jason Atherton to host My Kitchen Rules in the UK. Pascale admits cooking wasn’t a calling, she was just trying out different courses to find something she could do beyond modelling. She says her first day at Leith’s culinary school in London “was like putting on the right clothes or shoes, it just fit.”

Pascale went on to study pastry at the International Culinary Arts and worked in the kitchens at Tom Aikens, Petrus, The Wolseley and the Mandarin Oriental in London.
New York based chef Clarice Lam also swapped the international catwalks for working in pastry – at Thomas Keller’s Bouchon Bakery and Jean-Georges Vongerichten’s Spice Market. “I have been interested in food and particularly sweet things since I was a little kid,” she says. “Paris is where I fell in love with pastry. I always loved to cook but after living in Paris and seeing all the beautiful pastries and desserts, I wanted to be a pastry chef.”

Travelling in Europe as a model compounded Lam’s interest in food. “I felt the easiest way to immerse myself in any culture was to study the cuisine. I loved the food in Italy. It is practically impossible to find a bad place to eat there. Paris is the fashion capital of the world, and also the birthplace of pastry. It would be difficult for anyone living in Paris to not take an interest in food.”

As for the assumption that models are on a permanent diet Lam says: “At that time I could eat whatever I wanted and not gain an ounce. But now is a completely different story.”

Despite training at Le Cordon Bleu in Florence and the French Culinary Institute in New York, she felt nervous entering a professional kitchen. “I felt intimidated and overwhelmed. Going to school prepped me with the basics but working in the field was a whole different pace.”

Lam became executive chef at dessert restaurant, The Chocolate Room, in Brooklyn and now runs an online bakery business, The Baking Bean, with plans to open her own store. Her experiences as a model influence her designs: “I have an encyclopedia of images in my brain from my travels. I grab a lot of inspiration from colours, art and architecture.”

While being beautiful helps a TV career, what about in a professional kitchen? “Being a model helped me to get free publicity for my shop,” says Amanda Strang. Clarice Lam has a different take: “It’s not something that I generally talk about. When I am working in the kitchen I prefer people to judge me based off of my skill level as a chef, not for something that I used to be.”

This story was originally posted in February 2015.