The third edition of Maison & Objet Asia takes place in Singapore next week and Andre Fu has been named Designer of the Year MO Asia. Here’s a look back at when Chopstix met him in Hong Kong:

Next time you are in The Upper House, Hong Kong, you may notice an elegantly dressed young man quietly observing the scene. For Andre Fu, the founder of AFSO Designs and the visionary behind this boutique hotel likes to pop in occasionally to check that his creation is working.

“My work is very much designed for people to be in,” he says. “You understand much more when you see people in them. I notice things that need to be fine tuned.”

It’s a refreshing take in a profession where often the finished product is a form of art gallery to be admired rather than a workable space to be lived in. Fu clearly understands the difference between the two – as we speak, we are sitting in an art gallery in Central designed by him where he’s launching his latest venture.

Although only 35, the Hong Kong born designer is bringing out A Bespoke Journey, a coffee table book featuring highlights of his impressive portfolio to date. “When I was approached about the book, I’d been in the industry for ten years. The timing was right for a small celebration,” he says with trademark understatement.

“Part of the reason I wanted to do it was because I get asked a lot about how I would describe my design style and I always say I’m much more approach driven. It’s about conversations with the client, understanding the context, the location and the site – and then the design comes.” 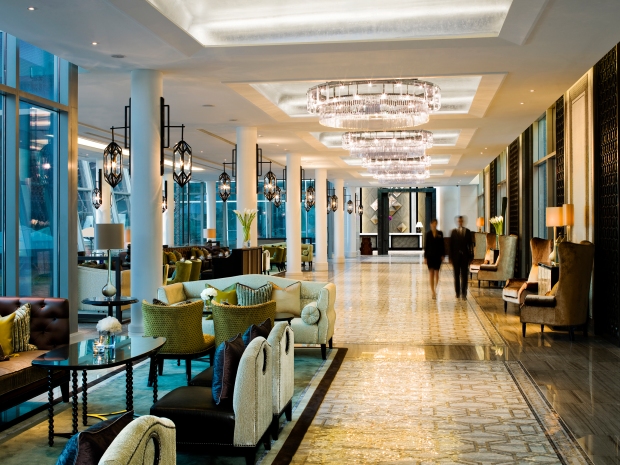 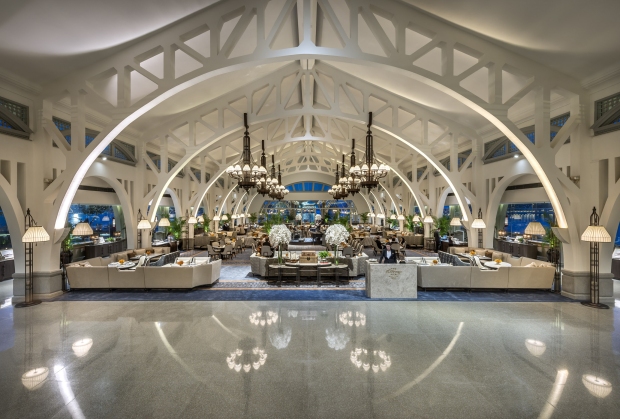 Fu says he found it easy to choose the 12 projects showcased in the book that range from hotels and restaurants (including the Fullerton Bay, Singapore and its stunning F&B outlets) to the aforementioned Ben Brown art gallery and a range of rugs for Tai Ping carpets. Of the 12, the one he is most proud of, and rocketed him to international acclaim, is The Upper House. “It was my first hotel project and the first one I’ve been involved with in the holistic sense. Literally, from the moment you leave your car….”

He’s referring to the stone entranceway (suggestive of curtains being drawn back) and driveway, all designed by his hand as is everything inside the hotel. Unusually, he is able to tackle all elements of a project – from the structure of a building to the minute aesthetic details – playing the role of architect, interior designer and art curator all at once. “I’m architecturally trained but professionally I’m working on an interior design platform. I’ve recently been asked to create a 52 storey residential tower though so from that to a carpet collection, it’s quite a broad spectrum!” he laughs.

The scale of The Upper House is even more remarkable considering that Fu was only 30 when he took it on. “At the time I was entrusted with the project I was quite young so for Swire [the company that owns The Upper House] to give me the opportunity was a big commitment on their part.” There can be little doubt that they are not as thrilled with the result as he was with the commission.

The hotel has a luxurious, modern Asian style that feels soothingly tranquil. You are greeted by a striking use of charcoal coloured stone and honey hued wood – Fu’s two favourite materials to work with. The air of serenity throughout comes from both the proportions and the neutral palate using sandstone, marble, bamboo, nickel and bronze with only an occasional flash of subtle colour – mineral blue and tea green – introduced through the fabrics.

Although he says he doesn’t consciously adhere to Feng Shui principles Fu believes they are present in his work. “There’s a degree of comfort in what I do that reflects some of the fundamentals of Feng Shui. It’s my belief that good Feng Shui is a place where you go in and feel comfortable – it’s a space that you want to be in.”

Fu is seemingly as calm as the designs he creates. He considers each question carefully before answering in a languid but precise way. He says he didn’t grow up in a design or art focused family but was always drawing as a child (his concept sketches, some of which are included in the book, are exquisite) and knew what he wanted to be at 13 years old.

Having been educated from the age of 14 at the prestigious London school St Paul’s and studied for his architecture degree at Cambridge, he has the polite manner and the look – smart jeans and shoes with open collared checked shirt and blazer – of an English public school boy. He’s aware there’s an irony to him being held up as a poster boy for Asian design. “My understanding and knowledge of the West is probably much better than that of the East but I’m presented as someone with this Asian DNA,” he smiles. “My time in the UK has definitely had an influence on me on a cultural level. Going to the Southbank art galleries was a weekend ritual for me and it was the beginning of the East London art movement. 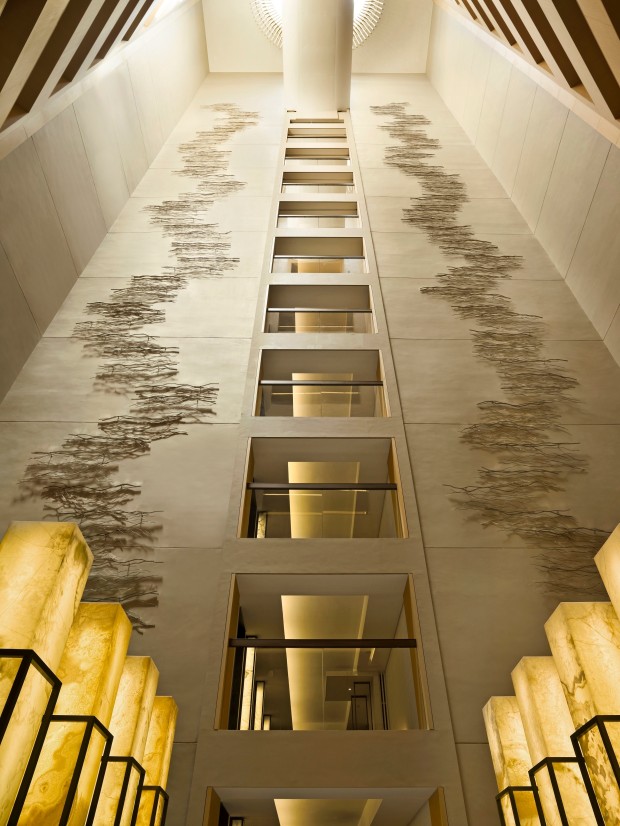 “Increasingly though I’ve been seen as someone who embodies Eastern understanding of design. The Upper house is a good example. It’s not literally Eastern but the sensitivity is there.” Indeed, the atrium designed to mimic the mechanism of a Chinese umbrella and the shimmering bamboo light pendants in the hotel’s acclaimed Cafe Gray Deluxe restaurant, are some of the subtle Oriental touches.

And his consideration of local influences is evident in his designs across Asia. From the intricate installations mimicking Japanese paper art at Nadaman restaurant in Tokyo to the liberal use of brightly coloured (or as brightly coloured as it gets with Fu’s design) silks at Silipa Thai in Chiang Mai.

It’s something he’d like to build on in his future work. “I’m at a stage in my career when I want to be able to do something that better defines luxury in China. I hope that in my new projects I’m able to borrow some more elements of Eastern design.” 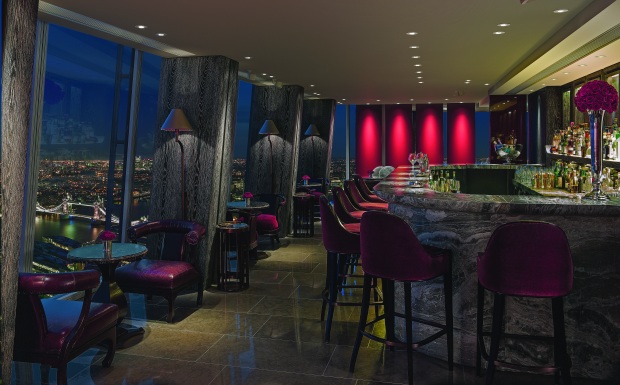 As well as the residential tower in Sheung Wan, these include a Shangri La hotel opening in the Shard building in London [Fu designed the 52nd floor including the Gong bar and Skypool], hotels in Shanghai, Hangzhou and Suzhou, and the shoe department at Lane Crawford’s Canton Road store. Still on his to do list, is a space for performing arts. He looks particularly engaged at the mention of this. Has he something lined up? “Not at present but you never know.” 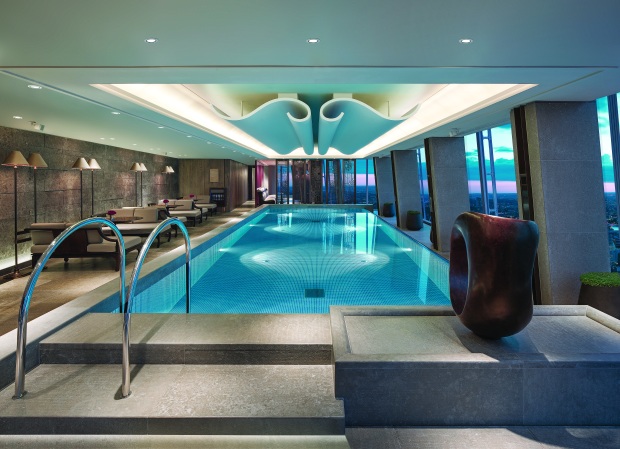 Fu retuned to live in Hong Kong seven years ago and sees no reason to leave. “It’s been good timing. There’s definitely a greater awareness of design in the city and a there’s a market here that understands and appreciates design.”

Despite designing homes for several Hong Kong celebrities, including actress Michelle Yeoh, he no longer takes on private residences. “My passion is on the hospitality front. It’s much more interactive.” The rich and famous’ loss is our gain – long may he continue with his public space quest so that he we are all able to enjoy his designs.

This article was originally published in 2011.

Andre Fu A Bespoke Journey is available at Amazon: