A Grand stay in Hong Kong

A stay at the Grand Hyatt Hong Kong is now even grander with the unveiling of the first of the hotel’s newly refurbished rooms that make full use of its unique harbour location.

Chopstix has always liked the harbour facing rooms at the Hyatt as the way the hotel juts out gives a phenomenal sweeping view of Victoria Harbour, the Kowloon skyline and back to Hong Kong Island. Some of the corner rooms and suites look at The Peak as well.

Now the guest rooms on the 24th to 26th floors have had their bedrooms and bathrooms opened up to create one seamless space so the views of the harbour and the special light that creates is ramped up to the max. The effect when you walk in is: Wow!

Cleverly placed floor to ceiling mirrors play up the views and the natural lighting even more but don’t worry, there are partition walls and blinds for when you want privacy. 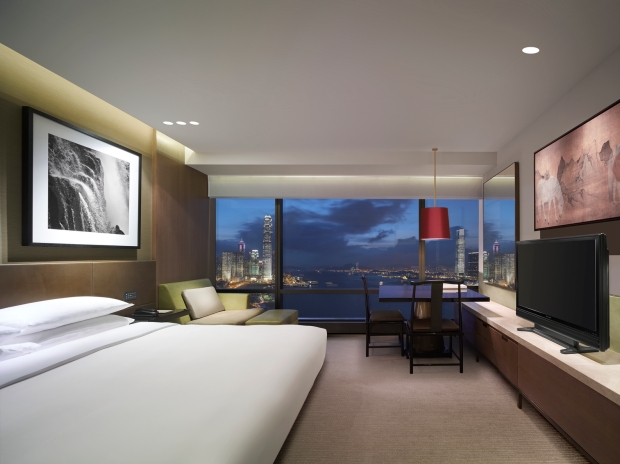 Like the Park Hyatt Sydney (the two hotels share the same designer) the tastefully neutral interiors are stylish and luxey without distracting from the money shot outside the window. 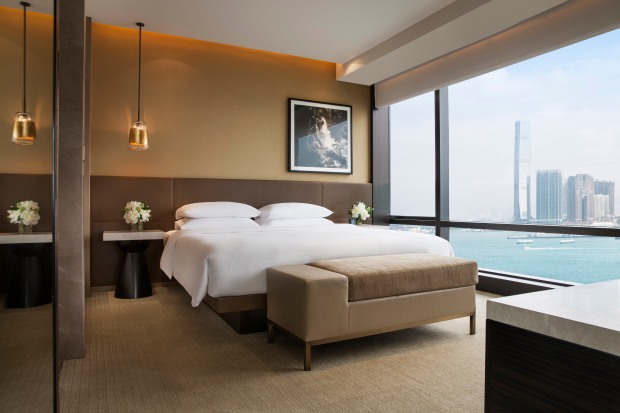 The Grand Suites have a view-soaked seating area and also feature striking square shaped baths and walk in wardrobes.

No wonder David Beckham, Manchester United and the British and Irish Lions, all decided to stay here recently.

All rooms from the 12th floor upwards will be refurbed by the end of 2014.